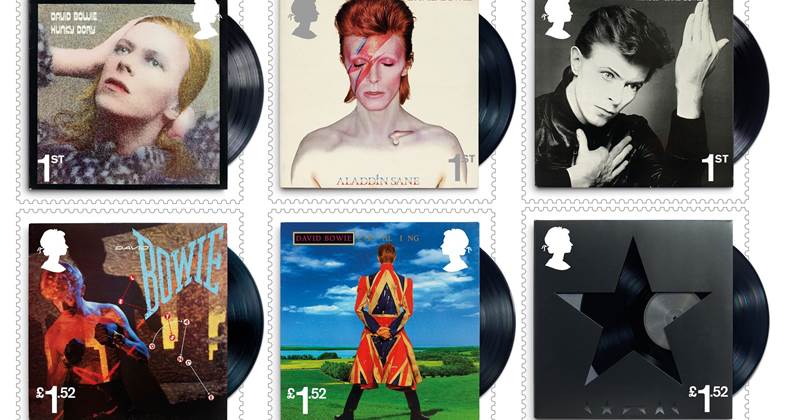 Royal Mail is set to issue a set of 10 Special Stamps as a tribute David Bowie. This is the first time Royal Mail has dedicated an entire stamp issue to an individual music artist or cultural figure.

The stamps will go on sale in Post Office branches from 14 March 2017 and are being issued in the year which would have seen his 70th birthday, and 50 years since his first album release.

Share Stamp tribute to David Bowie with your friends!