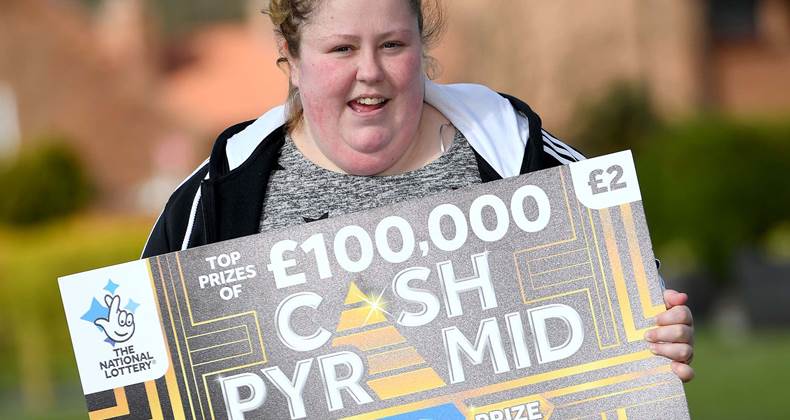 A 28-year-old care worker from Hull is celebrating this week after winning the top prize of £100,000 on the Cash Pyramid Scratchcard from the National Lottery.

She bought the £2 scratchcard from her local Post Office branch, McColl’s and couldn’t believe her luck. Sam, who has worked at Promenade Residential Care Home for almost two years, explained how an impromptu trip to the shops for ‘a bottle of pop’ ended up landing her a six-figure cash sum.

She said, “It was Sunday morning and I’d only gone in to my local shop to get some treats and just fancied my chances on a scratchcard.

“I only buy scratchcards every now and then so you can imagine my surprise when I saw that I’d won a big amount of money.

“It was all a blur after that moment. I just handed the scratchcard back to the cashier and he confirmed that I had won a large amount of money and he couldn’t pay out. I thought I might be getting a couple of hundred pounds and I could feel the colour draining from my face.”

“We both just couldn’t believe it”

Sam raced home where she told her mum, a fellow care worker, about the events in the store. Together, the pair called Camelot who confirmed she had in fact won a massive £100,000. 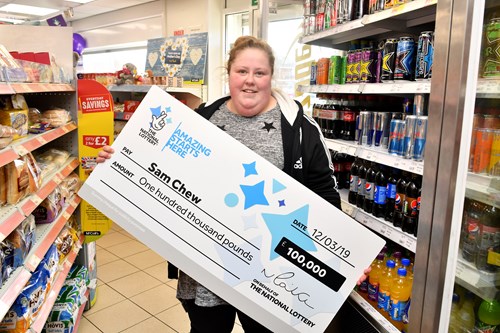 She added, “It was such a strange feeling. We both just couldn’t believe it – we’ve never been particularly lucky so it feels like someone is definitely looking after us.”

Top of her shopping list is tickets to see her beloved Manchester United in action and potentially even a season ticket at Old Trafford. She also plans to ‘go wild’ in the gift shop at Harry Potter Studios in Leavesden when she visits later in the year.

She said, “This has all happened so fast so I’m still deciding what to do with my money. But it’s just fantastic to have all these choices available to me, something I’ve never had.”

The winning Cash Pyramid Scratchcard was bought at McColl’s, The Greenway in Hornsea and ended up winning the top prize.