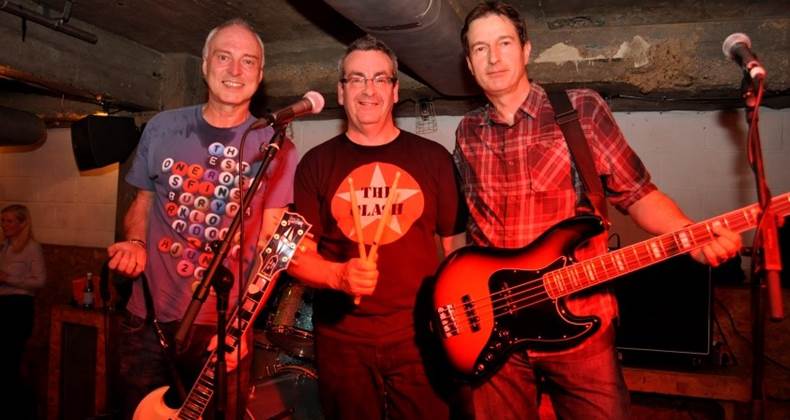 Fresh from their Battle of the Bands success, the Old Street Rockers gear up for their final performance of 2016. 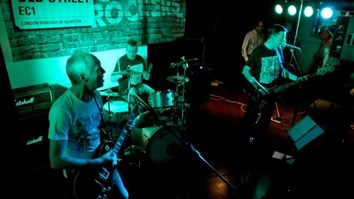 Also known as Kevin Gilliland, Drew McBride and Alan Taylor, the band are all set for a Christmas party extravaganza at the William Blake pub, 174 Old Street EC1 on Thursday 8 December.

Organised by old friend and colleague Win ‘Da Boss’ D‘Cruz, the evening is in aid of Brain Tumour Trust and Children in Need. The band promise a selection of your favourite songs, special guest singers and sleigh bells. All guaranteed to get everyone rocking around the Christmas tree!

Merry Cakemas everyone!
To prepare for the Old Street Rockers Christmas gig, the Network team is stirring up some festive treats on the day.

There will be a selection of mouth-watering homemade sweet and savoury goodies, from samosas to muffins, all on sale to raise money for Children in Need and the Brain Tumour Trust.

Just come to the Network area on the second floor, make a donation and pick from the festive selection on offer!

Rudolph lends a helping hoof to Pudsey
And in the spirit of Christmas cheer, the Financial Services team at Finsbury Dials came up with a novel fundraiser.

In a new take on Spot The Ball - or Pin the Rudolph as it was named - team members paid £2 a time to guess where Rudolph’s red nose was hiding. The team raised an impressive £135 for Children in Need.

Savings Product Manager Joanna Tse said: “It was a really fun way to raise money for such a good cause. A big thank you to all who took part.”

Share The Old Street Rockers are coming to town with your friends!

Share The Old Street Rockers are coming to town by Email!