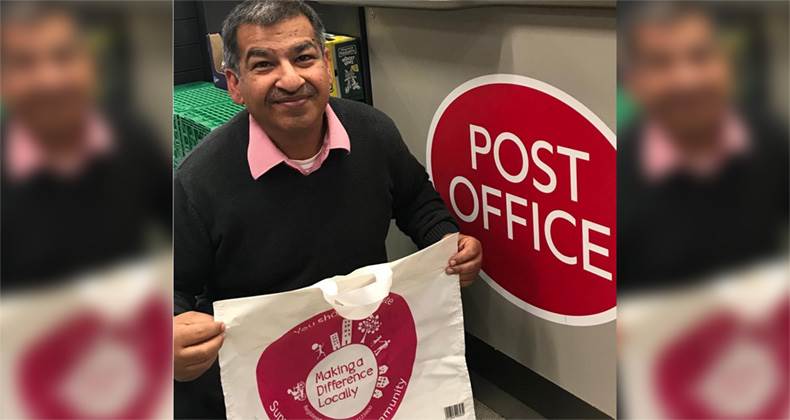 Congratulations to North Road Postmaster Abdul Majid who has received an MBE (Most Excellent Order of the British Empire for service to integration in Glasgow and to charity in Scotland and Pakistan.

Abdul, who has lived in Scotland since the age of 11, is very community minded. He and his family really went the extra mile during the first lockdown donating 400 food parcels worth £5,000 to vulnerable, shielding customers in the community near his shop.

He worked in partnership with two local churches St Gerards & Sacred Heart Churches and the Society of St Vincent Depaul delivering food parcels and providing much needed human interaction for the isolating. With the third national lockdown they are soon about to embark on a new food parcel initiative.

Every year Abdul returns to the Pakistan village where he was born and lived until the age of five, when his family moved to the UK, initially Yorkshire.

He has also done a great deal for this Pakistan community including the school and helping to build a mosque. With the help of the Bellshill churches he also helped to equip a new Christian Church with religious artefacts including a special 170-year-old holy cross donated by a parishioner, a CD player and CDs of Christian music. 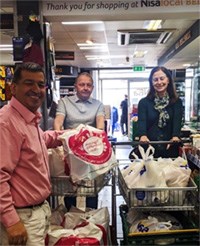 Nick Read, Chief Executive at the Post Office said: “Abdul is a very worthy recipient of this New years’ Honour for his work to improve the lives of the Bellshill community where he lives and works, but also the lives of people living in the Pakistan village where he was born. He and his family have been very generous with their money and their time. Abdul really cares about integrating communities and working together.”

Postmaster Abdul said: “I was very humbled to receive the New Years’ Honour. It is very pleasing for myself, my families and the people in the communities that I have worked with in Bellshill and the village where I was born.

“The great thing about the charitable work that I have been involved with is meeting people that I would never have come into contact with before – people from all walks of life, all ages, and people of different religions and we have become friends.”

Other charities that Abdul is involved with are Maggie’s Cancer Care and the local hospice. Abdul also works with Christian and Muslim communities for improved integration.