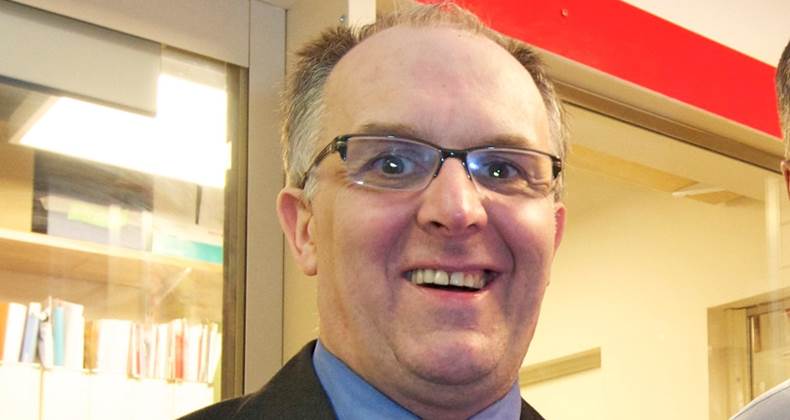 Postmasters are going above and beyond to support their customers and communities during these difficult times.

Putting its’ community first is second nature to Postmasters Stuart and Jackie Rogers at Ashburton branch, in Devon, South West and Oxfordshire region.

Seven years ago the couple took over Ashburton Post Office and two years later they fully refurbished the premises and adding the popular community library. Over the years, the branch has raised thousands of pounds by coming up with creative ways to support local causes.

Despite the unprecedented times the couple wanted to mark seven years since taking on a Post Office, with a new fundraising initiative which launches today (30 April).

To help the community, Stuart is launching an ongoing promotion to donate money for each Royal Mail Special Delivery and Signed services, plus Parcelforce AM service on 30 April to a local coronavirus charity – Emergency Fund Response Ashburton, which is assisting local groups during the pandemic.

Stuart has received support from people near and far
The Rt Hon Mel Stride, MP for Central Devon & Chair of the Treasury Select Committee, said: "Stuart and Jackie have done a tremendous job turning Ashburton Post Office into a thriving branch that is a real hub of the community. They always go the extra mile to give back to the community who support them and have raised thousands of pounds for good causes. I have enjoyed working with them very closely over the last seven years on projects like moving the library into the branch and hope to meet at the branch at the earliest opportunity.”

Nick Read, Post Office Chief Executive, said: “Congratulations to Stuart and Jackie Rogers on celebrating the 7th anniversary of taking on Ashburton Post Office. It has been a very lucky seven years for Ashburton as this hardworking couple, who are very community-minded, have completely transformed the branch. Ashburton became the first Post Office to add an impressive community library to their shop. They are role models as to how to run a Post Office business. They are always finding innovative ways to serve the residents and businesses of Ashburton and to fundraise to help the Ashburton community.”

Lord Gardiner of Kimble said: “Ashburton is at the gateway to Dartmoor National Park and Stuart, Jackie and their team provide a crucial service to the town as well as many surrounding rural communities. Like so many others, Ashburton’s Post Office is at the heart of its community, and is a vital lynchpin for residents, businesses and visitors alike. Stuart and Jackie give so much to their community, and I thank and congratulate them.”

Share Special seven years for Postmaster Stuart with your friends!