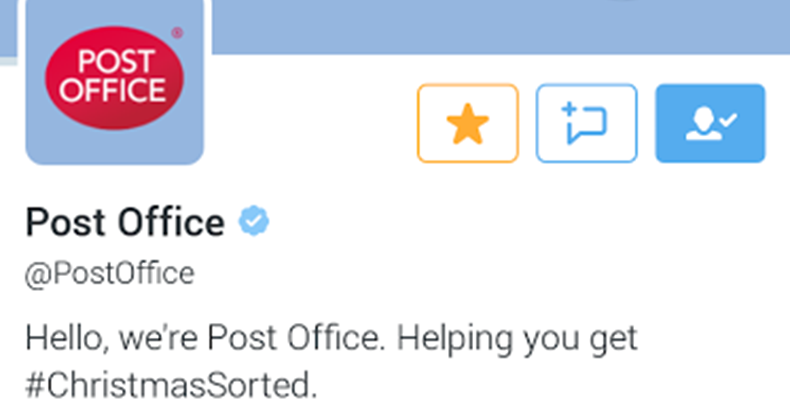 Our social media team handled more than 17,850 Twitter and Facebook posts in the run-up to Christmas, up nearly 2,500 on the year before.

15 December was our peak day, with 721 tweets and 664 Facebook conversations.

Facebook saw a huge increase in posts, up 300% on 2014 - part of a wider trend that’s seeing more customers use Facebook to speak to brands.

And with an average response time of 50 minutes from us (the industry average is an hour), customers were getting fast responses.

Social media manager Darren Jones said: “Our team in Dearne was on hand 8am to 10pm seven days a week.

“As well as public tweets and posts, more people than ever contacted us privately with questions and comments. We had a lot of conversations about last posting dates for different countries.

“We connected with quite a few people who didn’t follow us but had posted on Twitter or Facebook – they were surprised when we got in touch direct, and we turned what was sometimes a negative comment into a positive opinion of us by the end of the conversation.”

Here’s a few examples of conversations:

Spent all last night writing my Christmas cards, now all I have to do is resist putting off going to the Post Office for the next 2 weeks.

@PostOffice: Would these help with that? (With link to last posting dates)

Super helpful! Thank you! I now have 6 days to procrastinate!

Oooh the traditional queue at the post office #mustbechristmas

All done – thanks for asking – and merry Christmas to you.

A brilliant Christmas wrapping guide with the @PostOffice

@PostOffice: Thanks. Did you pick up any tips yourself?