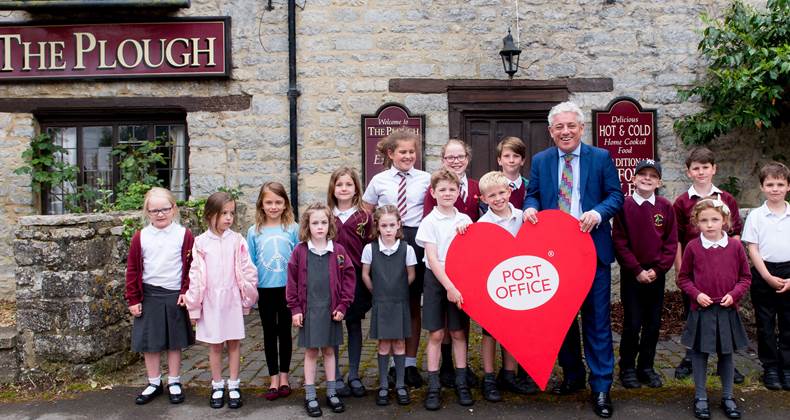 The re-opening of a rural village Post Office inside a historic pub in Buckinghamshire has been marked by a big community celebration and ribbon cutting event with Rt Hon John Bercow MP, The Speaker of the House of Commons.

A TV crew from Meridian arrived in the picturesque village of Marsh Gibbon to film how important the re-opening of a Post Office is to this rural community. John Bercow extolled to the cameras how important Post Offices are to communities. 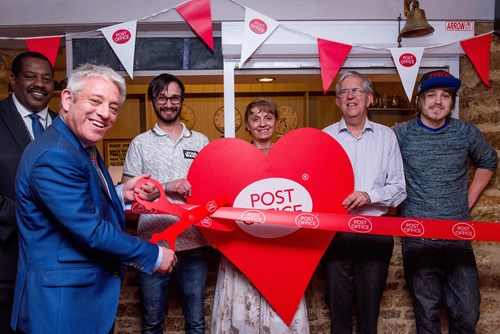 Mr Bercow told One: “The Plough Inn already played such a central part of village life in Marsh Gibbon, with many community groups already meeting there, that it was ideally placed to take on the Post Office. I really want to thank The Plough for re-opening Marsh Gibbon Post Office. This is great news for the village and the Post Office is open significantly longer than before. The wide range of services that a Post Office can offer and the banking services that a Post Office can offer on behalf of the majority of banks, means that people now don’t need to leave the village for these crucial services.”

When the Post Office and shop in Marsh Gibbon closed in July, the village was left without a Post Office until The Plough Inn, which dates back to 1470, offered to take on the Post Office to restore the vital service to the rural village. The freehold for the building is owned by  the Ewelme Charitable Trust which agreed to this addition to the business as having a Post Office is such an important facility for Marsh Gibbon.

Marsh Gibbon Post Office is now open an extra 28 hours and 30 minutes a week than the previous branch and it is located in the café area of the pub, restaurant and function room. 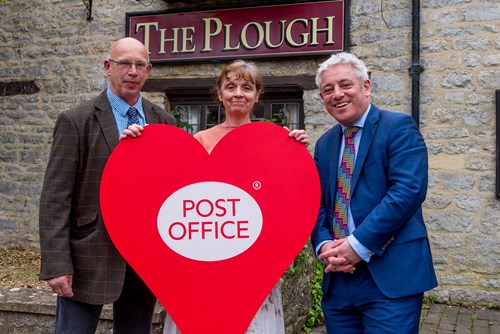 Postmaster Stella Robinson, said: “The Plough Inn was already a central hub, used by many community groups and a Post Office is an essential service for a community, so we offered to take on Marsh Gibbon Post Office, so that the village could have a branch again. The community is absolutely delighted and we are really pleased to be able to offer the service with easy access.”

The Plough Inn is a Grade II listed building. There was an attempt during the Civil War to assassinate Oliver Cromwell whilst he was standing in front of The Plough Inn, but missed and hit the door of the Plough instead.