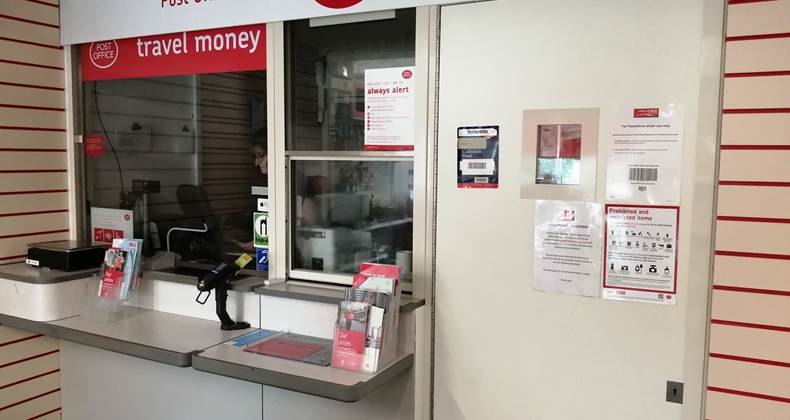 Mattersey Post Office in Doncaster, Midlands region has been modernised thanks to a closing Post Office donating furniture and signage and due to the couple coming up with the clever recycling idea.

Postmaster Norman Sherrin-Jones and Nicola Rowson, his partner and business partner, wanted to transform their Post Office and shop in Main Street, Mattersey. They had made many improvements in the past four years since Norman became Postmaster.

They received funding from the Post Office Community Branch Fund scheme to improve the lighting, security and CCTV. They also extended the premises to open a café last July.

There remained one major improvement that Norman and Nicola wanted to undertake – to modernise the appearance of their Post Office. The branch wasn’t eligible to receive further funding.

Norman, who is very green-minded and doesn’t like to throw anything away, wondered if there was any chance of gaining a new Post Office counter, parcel hatch and signage from any branch that was closing.

They liaised with Change Manager Ian Johnson who kept his eyes open for possible solutions. A suitable donor branch was found – Dinnington Post Office near Sheffield, which was closing. Heron Foods, which had operated the branch, was happy for them to take whatever they could make use of, rather than the items ending up in a skip.

Norman, a former engineer took precise measurement of what was needed, and worked out that with some adjustment that the items from Dinnington Post Office, would fit and they would only have to pay for a builder to professionally install it at a fraction of the cost of a refit. This was installed at the weekend.

Postmaster Norman said: “We couldn’t afford to do a new refit of the Post Office as this is only a small shop and £10,000 was out of our league, so we thought about recycling, designed what I had in mind and I worked with the Post Office field team to find a suitable donor branch. I hate anything being thrown a way, and rather than the furniture and signage ending up in a skip, we were able to make really good use of it. We are really pleased and our customers think that it looks great. Thank you to Heron Foods for donating these items”.