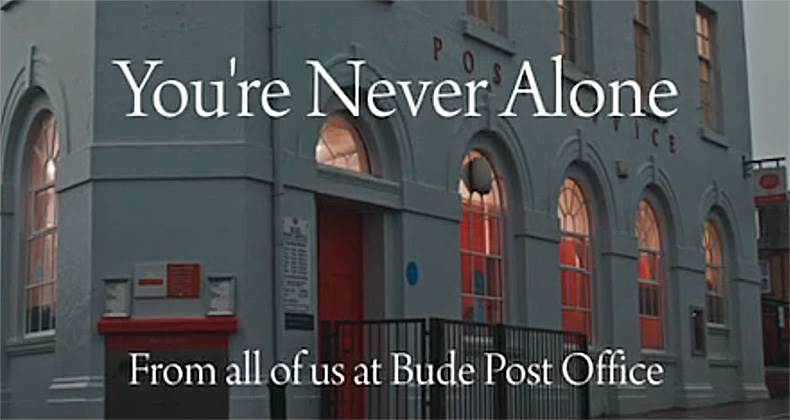 Christmas 2020 will be very different for families and communities. Many won’t see each other and will be relying on local Post Office services to stay connected.

Luke Francis, Postmaster for Bude branch in our South West region would usually be preparing for community events and activities.

This year, things are different and he wanted to share a special message with his community. Luke has created a beautiful film starring his own family to encourage people to keep in touch with family and friends.

The heart-warming advert went live on Facebook on 24 November, marking exactly 15 years since Luke become Postmaster for Bude Post Office. Luke has run a Post Office for a total of 25 years.

Postmasters, customers and community of Bude and further afield have been praising Luke for his film, which people are calling a tear-jerker and even better than a John Lewis advert.

The advert features the soundtrack of Bude artist, Riley Jayne, called Locked Away which is about mental health. She wrote the song for 'Bude's Got Talent', and it won the competition. Her song is helping to raise money for the Mental Health Foundation. 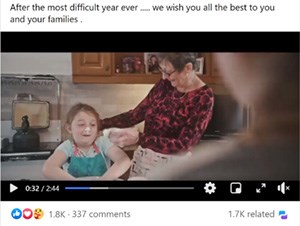 Postmaster Luke said: “This has been a very difficult year for everyone and people can really relate to the scenes in the film. The idea came to me earlier this year. I decided to create the film ready for Christmas, which is all about family and friends and keeping in touch. The timing of the film is perfect as we are in our second lockdown and further restrictions stopping people from meeting up, but we can all do things to brighten the lives of others. The soundtrack by Riley Jayne is perfect.

“Normally I would be involved with producing the local Christmas panto and my family take part too, but we can’t do that this year, so we made this film. It really tugs at your heart strings and makes people think about how they can cheer people up including sending items in the Post.

“I have been amazed at the response to the film with thousands of shares of the Facebook post all over the place.”

The filming took place around Bude and at Bude Post Office.

Share Bude Postmaster praised for his own heart-warming Christmas advert with your friends!

Share Bude Postmaster praised for his own heart-warming Christmas advert by Email!