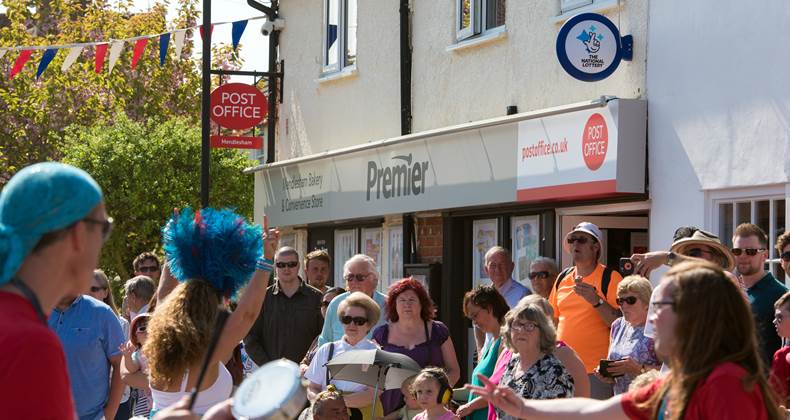 The Bank Holiday on Monday saw the opening of yet another branch, providing improved environment and longer hours to its community.

Mendlesham branch held its official opening against a perfect backdrop - the Mendlesham Street Fayre. Hundreds gathered for the fayre, with the retail side of the branch offering food tasting to all who walked through its doors.

The new Postmaster is Minesh Patel, who is already experienced in running a branch as he took over Grundisburgh branch in February 2017. Minesh took over the bakery and convenience store last year and decided to fully refurbish the store in a £80,000 makeover prior to the Post Office being installed. Previously Mendlesham had a part-time Post Office, but the branch is now open Monday – Friday: 9am – 5pm; Saturday: 9am – 1pm.

Cllr Mike Exley, said: “I want to congratulate Minesh for refurbishing the shop and for taking on Post Office with greatly increased hours. These changes are really good news for Mendlesham. The new-look shop and Post Office look great.” 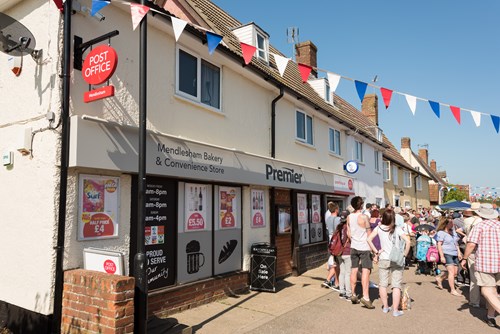 Mr Patel, said: “The Mendlesham shop had not been refurbished for a while, so I decided to make a big investment. I was delighted to get the Post Office. Customers think the new store looks fabulous. They love the changes to the shop and the fact that they have a full-time Post Office with convenient hours and the shop and Post Office are much busier than before and we have taken on extra staff.”

Post Office services are now delivered from an open-plan till alongside the retail counter of the convenience store and the branch is now open an extra 18 hours a week than previously, including every weekday afternoon. This makes it far more convenient for customers to visit and another way we are making services better for customers.