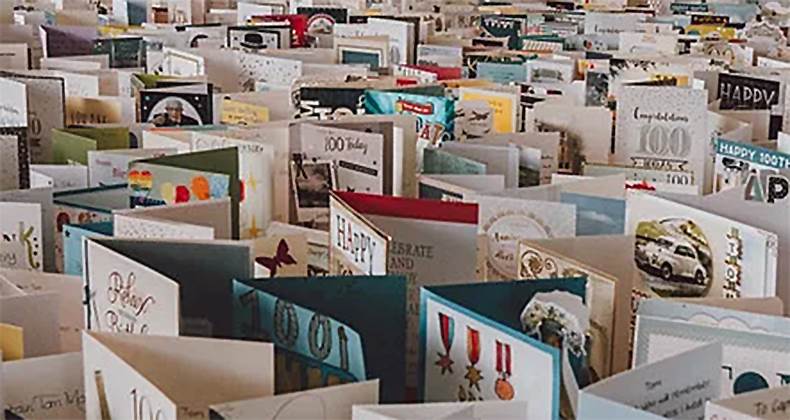 Today marks a very special birthday for Captain Tom Moore, the heroic war veteran who raised millions for the NHS by walking laps of his garden and lifting the spirits of the nation.

The many gifts received by Captain Tom include being made a honorary colonel, a RAF flypast and birthday greetings from the Queen and prime minister.

He is also celebrating his birthday as a chart-topper. His duet of You'll Never Walk Alone with Michael Ball took the top spot last week, making him the oldest person ever to achieve a number one single in the UK.

Bill and Rani Chandi at Marston Moretaine Post Office have been doing an amazing job receiving cards on behalf of Captain Tom and have been commended by both family and local residents for their support.

Captain Tom’s family said: “We are so deeply grateful to Bill, Rani and the post office team, we remain humbled by the most incredible work they have done to support my family and me through this unexpected but extraordinary time. We will be forever grateful."

An estimated 140,000 cards have been sent, turning Bedford School into a hive of activity with volunteers opening the mountains of birthday cards from well-wishers, including royalty, celebrities, schoolchildren and people from around the world. You can view a timelapse video of the birthday cards on display here.

Captain Tom is due to spend the majority of the day self-isolating with his daughter and her family at his home in Marston Moretaine, Bedfordshire.