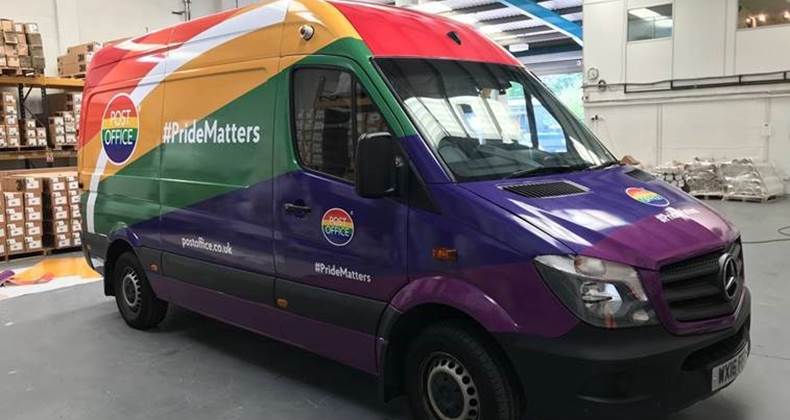 Pride – why it happens, why it matters and why Post Office

This Saturday, the City of London will be taken over with rainbow fever as the LGBT+ community take to the streets in protest and in celebration of the vibrancy of their community and to recognise their ongoing struggle for equality. 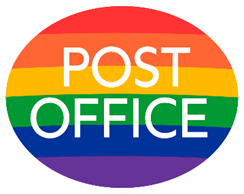 Among the celebrations and exuberance, you might spot a familiar looking lozenge – albeit with a rainbow takeover. Yes, on Saturday Post Office is taking part in Pride in London for the first time.

After tireless work from our Prism group, who have led the initiative from the start, the day is finally here. But why are we going and what does it all mean?

LGBT+ Pride month happens in June every year to mark the Stonewall Riots which took place in Greenwich Village, New York in 1969.

These riots are seen as being a pivotal moment in LGBT+ liberation and set the tone for other members of the LGBT community to stand up against prejudice.

Why is Pride still important?

The rights of members of the LGBT community have come a long way in most of the world. However, there are still 8 countries today where homosexuality is punishable by death, and 72 countries where it’s criminalised.

And in the UK, LGBT+ people still face discrimination.

One in five LGBT+ people have experienced a hate crime in the last 12 months and four in five of those victims didn’t report it to the police. Pride is an opportunity for members of the LGBT+ community to stand in solidarity with one another as they unite against hate.

Pride is a demonstration of the power and might of the LGBT+ community and recognises that there is still a long way to go until there is true equality on a global scale.

By taking part in Pride in London and sponsoring Bolton and Chesterfield Pride, we’re part of something much larger than ourselves. The UK alone has more than 100 Pride events each year and globally there are over 65 countries who have some kind of Pride celebration.

And taking part in Pride has first and foremost been about our people, as we recognise our differences and celebrate that.

Pride in London is just the first in a series of Pride events – later in the summer we’ll be going to Chesterfield and Bolton Prides as the main sponsors.

Nina Jones, who has led on the coordination of the Pride efforts from Prism said:

‘I’m so proud of all the work that members of the Pride working group have done – all above and beyond their roles. It’s been really rewarding to collaborate on a project that we are all so passionate about – and so many people have contributed their time and expertise. It’s been almost a year of planning to get to this stage and it will be amazing to start off our participation with London on Saturday – and then on to Chesterfield and Bolton. I feel that this is an iconic moment for the Post Office!’

We are proud to share our commitment to ensuring everyone can bring their whole selves to work and by joining the wider LGBT+ community at Prides across the country we are doing just that.