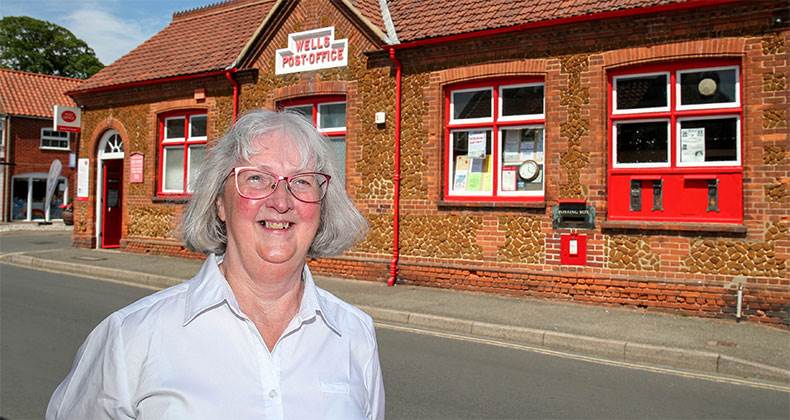 We’ve issued a national press release, to tell customers we are there for their banking needs, including when they are holidaying in the UK. It gives some surprising facts and highlights branches serving large numbers of tourists and features an interview with Postmistress Carol Starkey, from Wells next the Sea Post Office, Norfolk:

“The last bank in town closed earlier this year” 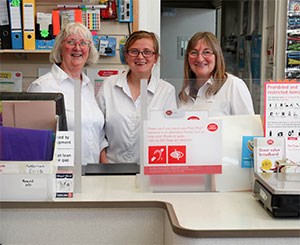 Many Post Office branches are located in seaside towns and popular tourist destinations across the UK including Wells next the Sea in Norfolk, where currently there are no bank branches. During the summer months thousands of tourists visit the town to enjoy its beautiful beaches and local attractions. Many tourists visit the Post Office branch to withdraw cash from their bank account.

Postmistress Carol Starkey from Wells next the Sea Post Office said: “The peak summer months are particularly busy for us with more and more people visiting to withdraw cash. The last bank in town closed earlier this year and people like the over the counter service which allows them flexibility to withdraw cash in any denomination they like. This is particularly handy for people who want to give their kids some cash to spend on holiday treats.”

With the Summer holidays now at their peak, new Post Office research has revealed that more than half of people (57 per cent) have struggled to find a bank or ATM when taking a staycation in the UK, with almost one in five (18 per cent) saying this had been the case in the last 6 months.

It seems cash remains king for many retailers with more than half of people (53 per cent) stating they had visited a retailer in the UK which only accepted cash payments in the last year.

Lack of access to cash had led to over a quarter (27 per cent) on Staycations being unable to buy small gifts or souvenirs from cash only retailers (such as markets or traders) and a further quarter (26 per cent) had been unable to treat themselves or their families at their chosen eateries. More than two in five (21%) also said they had problems with travel plans (e.g. missed buses, trains and not being able to pay for car park tickets) because of lack of easy access to cash.

With 11,500 branches across the UK the Post Office is ideally placed in the hearts of communities to provide easy access to fee free cash withdrawals, in towns and villages where banks no longer exist.  Over four out of five people surveyed (85 per cent) said they were pleased their banks offer the convenience of access at Post Office branches.

Our partnership with all the UK’s major banks

Martin Kearsley, Banking Services Director, Post Office said: “More and more people are relying on the Post Office to offer easy access to their bank accounts, whether at home or travelling in the UK.  Our research showed that in the last year more than a quarter of people across the UK (28 per cent) have withdrawn cash at a Post Office branch

“Our partnership with all the UK’s major banks ensures that their customers, no matter where they are in the UK, can have convenient and secure access to everyday banking services including cash withdrawals and deposits.  With around 93 per cent of people living within a mile of a Post Office our branches are ideally placed to provide easy access to vital banking services.”

The Post Office’s Future of Cash Study revealed that people of all ages continue to rely upon cash, with people across the UK carrying £26 in their wallet each day. Key Facts from the future of cash are: