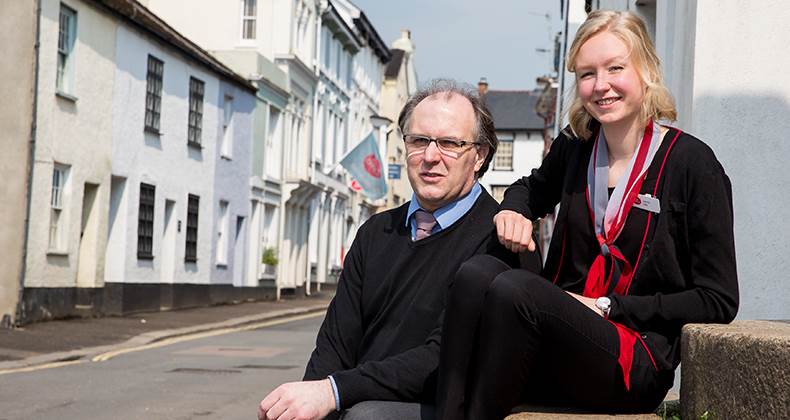 Two Postmasters have been recognised in the Queen’s Birthday Honours.

Stuart took over the branch in 2013 helping to preserve this vital service for the local community and since that time he has set about successfully implementing his vision to create and invest in a community hub that provides vital services for residents and businesses in the town.

As well as helping to preserve Post Office services Stuart has also been instrumental in helping ensure the continuation of library services in the town. Working with Devon Libraries the service was co-located in the Post Office in a rent free partnership.

The Post Office, which was modernised in 2015, provides a vital community hub and, with all of the local bank branches closing, Stuart has worked tirelessly to raise local awareness of the banking services that are available at the Post Office counter, ensuring that his customers are not disadvantaged and can continue to access cash and everyday banking services.

In addition to providing face to face banking services Stuart also secured an external ATM for his branch, providing added convenience for customers. He and his wife Jackie also hit upon a unique way of giving back to the community, and at the same time boosting business, by donating 2p per customer transaction at the Post Office ATM to a local charity fund that benefits the local community.

Those pennies have really added up and thousands of pounds has been donated as a result of the scheme.

As well as his charitable contribution to the local community through his ATM scheme Stuart also organises an annual competition for local school children to design a Christmas card that is produced and sold locally for charitable causes, and has operated a Post Office designed float at the Ashburton Carnival.

He has also introduced the first ever Postmaster apprenticeship scheme, again with an eye on giving something back to the local community. This has created a career path for a young person who receives full training on their way to attaining NVQ level 4 while earning, an innovative scheme recognised by the then Prime Minister, David Cameron. Joanna Giles is the first apprentice to work behind the counter and Stuart was also fully supportive of her recent fundraising challenge ‘Challenge JOPO’ which saw her travel to the most southern, western, northern and eastern Post Offices in the UK whilst not paying for any travel as part of her mission.

Hema took over the Post Office branch and small retail store with her husband Mahesh in 1991, helping to ensure that the local community retained this vital service.

However, Hema’s association with the Post Office is much longer, dating back more than 40 years, as her father ran a local Post Office in east London where, as a sixteen year old, Hema helped out in the shop and Post Office.

After pursuing a career in banking, Hema and Mahesh settled in Risinghurst and immediately set about getting involved in the local community.

At that time there was small Hindu mandal operating in the area, which consisted of about 12 families gathering together. When Mahesh took up an administration role as part of the group, it was the catalyst for Hema to get involved, taking on the task of recruiting new members and raising awareness of the group.

The group has now grown to more than 300 members with families and friends gathering regularly to socialise, cook food and to celebrate Hindu festivals. Hema has been the driving force behind the group, encouraging people to get involved and to volunteer to assist with events, to cook and to support each other as part of the community. 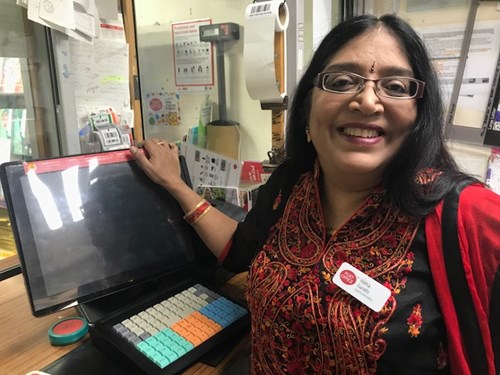 Hema is also active in supporting the whole community in Risinghurst, taking part in the local church annual fete and picnic by assisting with the raffle, including donating prizes and helping out on the day, and supporting charities on an ongoing basis with collections in the shop, providing sponsorship to local schools and community clubs, and providing financial assistance.

The Risinghurst Post Office is a community branch providing the only shop in the centre of the area.  Over the years the business has grown, extending into the unit next door when it became available, and developed to meet the needs of the local community which includes many customers who have used the Post Office for years and also younger professionals who are increasingly moving into the area.

A huge congratulations from everyone at the Post Office to both Stuart and Hema on their fantastic achievements.

Share Postmasters recognised in Queen's birthday honours with your friends!