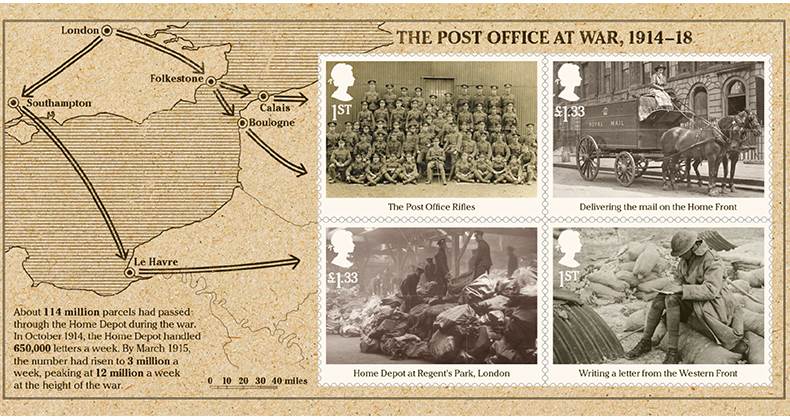 Royal Mail has today issued the third set of stamps in its series marking the centenary of each year of the First World War.

A Special Sheet of stamps highlights the contribution of the Post Office Rifles to the war effort, with the other stamp images covering a wide range of themes from how writers and painters interpreted the events, to the role of women and contribution of the Commonwealth.  The Battle of the Somme and Battle of Jutland are also commemorated.

Minister for First World War Commemorations David Evennett said: “The Royal Mail stamps are a poignant tribute to the many lives lost and affected by the First World War.

"The Battle of the Somme and Jutland commemorations are important milestones in the First World War centenary and I hope that these stamps encourage people to remember and learn more about the pivotal events of 1916.”

The stamps go on sale today at 8,000 Post Office branches across the UK