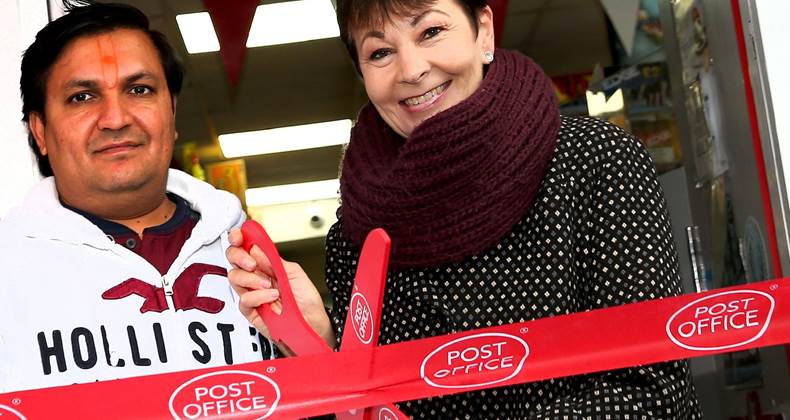 Postmaster Jay Pambhar, said: “When we took on the shop customers asked us if we could re-open the Post Office as this is in a hilly area, which made it difficult for people to get to another Post Office. Our Post Office customers now have big smiles on their faces as we are conveniently located at the heart of this community”.

A year ago the shop was taken on by new owners Lalji Keshav Ltd and the new operators were keen to re-open a Post Office, which had been temporarily closed since May 2017 due to the resignation of the Postmaster. The company already operates two shops and Post Offices at Cowley Drive, Brighton and Lower Bevendean Post Office and Jay Pambhar runs the Hollingbury Place shop.

A community celebration with refreshments was held to mark the official re-opening.

Caroline Lucas said: “The re-opening of this Post Office is great news. I want to thank Jay Pambhar for his commitment to Hollingbury Place. A Post Office plays such an important role in a local community and offering a service seven days a week from early until late will really benefit residents and local businesses”.