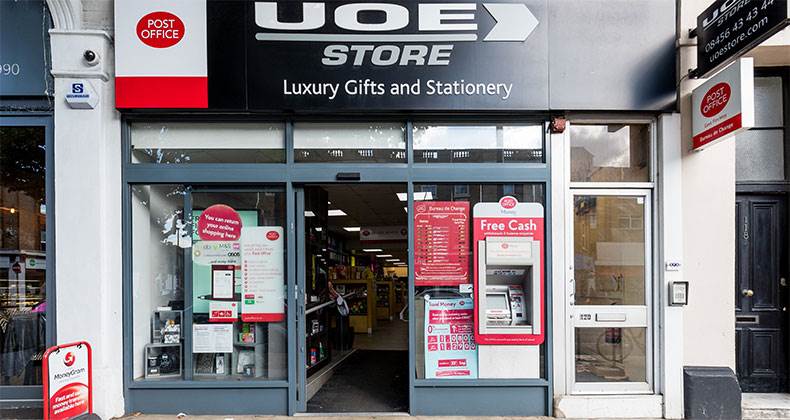 UOE stationery store has been on the high street in East Finchley for over 35 years, but on 22nd May it will celebrate its 5th anniversary serving the local community as a Post Office.

“The Post Office is an essential part of the community so when UOE won the franchise, we worked hard to offer an improved service for local Post Office users, the mainstay of which was to offer a full range of Post Office services seven days a week.

"We also expanded and refurbished our store at 120 High Road, making it ready to serve the thousands of customers a week and offer customers more in the form of business services, design-led stationery, greetings cards and original gifts.

“Understandably, some local residents were initially worried about the change, but were very pleasantly surprised by the modernised store, fast, professional service and they absolutely loved the longer opening hours! Five years on, we still get told how much better the experience is!”

“In fact, the East Finchley UOE Post Office model has become so successful, we are often visited by other business people who want to do something similar - indeed, we have had visitors from as far afield as Kazakhstan and South Korea, just to find out how we do it!”

UOE has expanded successfully using the East Finchley formula and now employs over 65 staff and operates seven Post Offices which, over the past five years, have served a combined five million customers.

For Elliot Jacobs, it’s not only about the positive feedback from customers that let him know how well he’s doing, it’s also from industry peers in the form of awards.

“Winning Post Office of the Year at the 2018 Retail Industry Awards was a high point, and we’ve just been told we’re finalists in two categories of the Post Office Retail Awards this year too!

Being a high street retailer in the 21st century is challenging, but the combination of the Post Office along with a great selection of services and products, sourced locally, as well as in Europe and the rest of the world, has given UOE a real purpose in the community. We provide secure employment opportunities to over 65 local full-time staff as well as a better service in East Finchley and beyond.”

Share Five years at the heart of the community with your friends!

Share Five years at the heart of the community by Email!