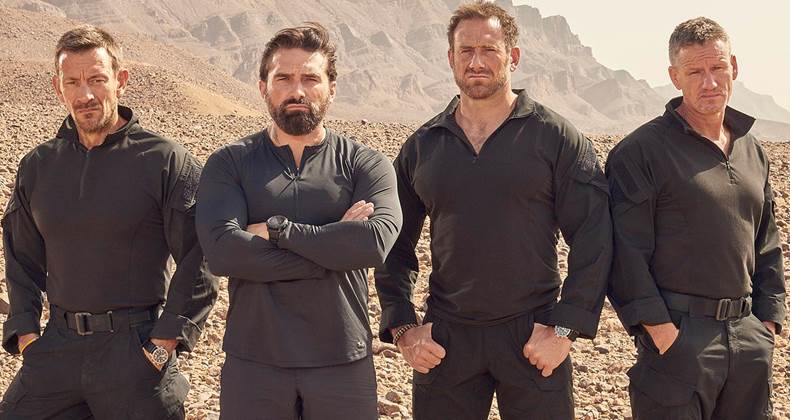 Last week I attended a seminar organised by the London Business Forum called ‘Who Dares Wins: Leadership secrets from the SAS’ based on the Channel 4 TV show (which by the way I recommend you watch if you haven’t already).

You may wonder why the London Business Forum offered an SAS-themed seminar and how it could be related to business.

Matthew Ollerton (Ollie) and Jason Fox (Foxy), hosts of the show, have set up a consultancy named Break-Point helping individuals and businesses be mission-focused and successful in all they do, rain or shine. 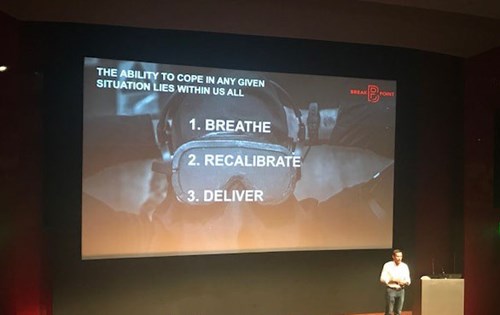 For those of you who are fans of the show this will be a familiar topic. Indeed, the inspiration fuelling their entrepreneurship and the TV show is their former career working for the SAS.

The seminar I attended touched on the principles they apply in their coaching work without necessarily analysing the psychology behind the SAS culture. We were also given a glimpse into the adventurous reality of Ollie and Foxy’ s former careers with some exciting stories from their past missions in the special forces where in one instance they led a squadron of men on a helicopter rescue mission in hostile territory with bullets flying over their heads! Not something you would usually come across on a CV! Also, due to the business-oriented setting of their presentation organised by the London Business Forum, naturally, they focused on the application of their philosophy in a corporate environment.

Overall, the SAS has a hierarchical structure and each area is comprised of units that are made up of squadrons which are even smaller units. At the core of that structure and running through every part of it is the mission statement. In order to fulfill it, every unit has their own more granular mission statements that support the wider one.

Planning is another key element of the way units work but plans are made to be changed as Ollie confessed... what doesn’t change is the mission statement which you could say is the guiding north star of every mission. That should act as a compass and as long as we remember that we are following the star, plans can be changed in order to accommodate unforeseen events.

The stages to a successful mission, or in a corporate scenario strategy implementation are:

The fourth stage was of particular interest because it seldom happens in the corporate world. Debriefing is looking back at how a project was managed and deciding what was done well and what could have been done better. The latter is the catch here because it requires a level of honesty that can be intimidating when reporting to your line manager or director. The fear of under-performing is ingrained in most professionals. How is honesty encouraged? As Foxy said, it requires a culture of honesty, one where people are encouraged to make mistakes. And as Ollie put it, failure is a stepping stone on the way to reaching success. To overcome it, once again, you need a clear mission statement that will keep you focused when judgement becomes clouded by negative thoughts and fear.

Another key component of a successful mission is good leadership that entails:

1. Realising that good ideas have no rank

2. Knowing that leadership is more of a relationship than a title

4. Appreciating the strengths and weaknesses in your team; no two people are the same 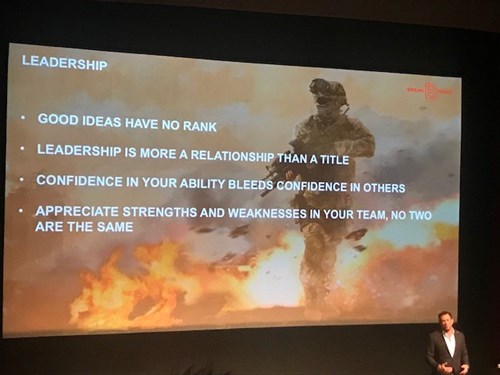 From the above, the idea of a close-knit team emerges, one that knows each member’s strengths and weaknesses and capitalises on the former while supporting the latter.

How can we apply these principles at Post Office? My initial thoughts when leaving the room were that honesty and good relationships with our team members are vital in building trust. Another important point made in the seminar was the elimination of fear in making mistakes and I believe that is a culture change that can only be implemented from the top. Foxy also emphasized that trust is key in building a successful team.

No doubt there are many differences between an office team and a military unit in a battlefield and perhaps the most notable one is the existence of an immediate life-threatening enemy in the latter. That shared danger creates a close-knit team rather than a competitive one. And that is perhaps where a corporate team differs - the danger or opportunity can be too abstract at times, in the form of a new market competitor or the fourth industrial revolution. However, I believe that is what makes communication important; with our Northstar we ensure that the compass is pointing in the right direction and remind ourselves and the rest of our colleagues that there is a wider mission at hand; one that shouldn’t be overlooked even in the smallest project teams, because as the SAS demonstrate, even the smallest eight-person units have their own mission statement that supports the wider one.

Share Who Dares Wins: Leadership Secrets from the SAS with your friends!

Share Who Dares Wins: Leadership Secrets from the SAS by Email!