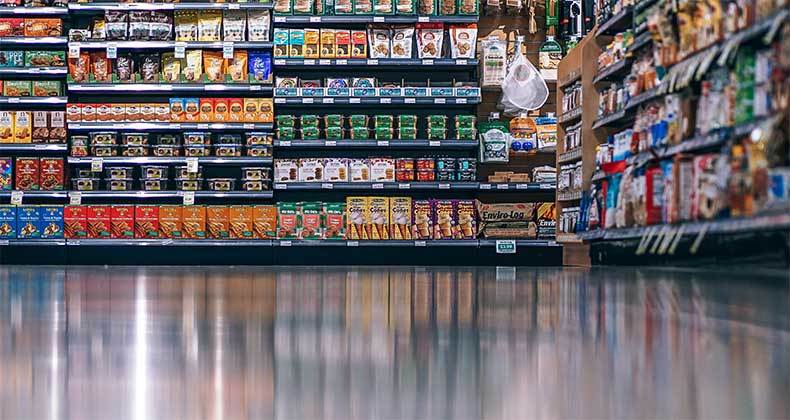 Sainsbury’s and Asda merger blocked, food retail sales rise in March and how green consumer habits are in Britain - we take a look at what’s been going on in the world of retail this week and how it affects Post Office.

The proposed merger between Sainsbury's and Asda has been blocked by the UK's competition watchdog over fears it would raise prices for consumers.

The deal would have created the UK's biggest supermarket chain, accounting for £1 in every £3 spent on groceries. Analysts believed it was designed to help the two supermarkets counter the rise of discounters Aldi and Lidl in the increasingly competitive grocery market.

But the Competition and Markets Authority, which had previously raised concerns, said the merger would lessen competition at both a national and local level, raise prices at the supermarkets' petrol stations and lead to longer checkout queues.

The Office for National Statistics (ONS) reports that food store sales increased by around 0.7% in March 2019 compared with the previous period. Total retail sales increased by 1.2% in value. The year-on-year growth in March was 6.7% - the highest since October 2016.

See the ONS statistics here. Read more about the trends and the reasons behind them here.

How green is Great Britain?

Kantar media talk about Earth Day, a worldwide event on 22 April to support and raise awareness for environmental protection. They have produced two infographics looking at the opinions of Great British adults on the subject of the environment and their recycling habits.

The first graphic looks at those willing to make lifestyle compromises to benefit the environment, versus those who believe there is too much concern with the environment.

The second graphic profiles people who make a conscious effort to recycle and how they do it.

See the diagrams here – how do they compare to the views of you and your customers?

Competition is fierce in the supermarket sector and consumer habits are constantly changing, with a trend of people increasingly turning to large discount supermarkets and local smaller shops for their grocery needs. This is an opportunity many convenience retailers with Post Offices are already capitalising on.

Customers are becoming ever more environmentally-conscious too, with climate change in the news headlines. Large retail brands are starting to make changes as a result, but face ongoing pressure to do even more to plan for a more sustainable future. Many Post Office branches have introduced their own environmentally conscious initiatives, recognised in their success in several awards.