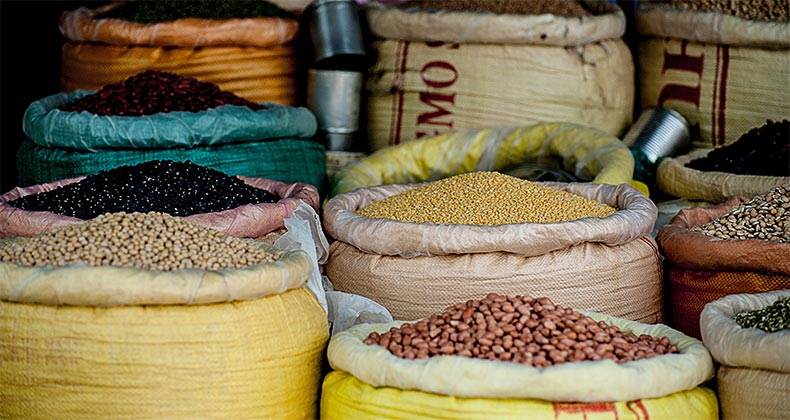 Supermarket shopping delivered by Amazon, Boohoo home shopping sales boost and branches doing well in the war on plastic - we take a look at some of the week's retail and business news and what it means for Post Office.

The ‘Morrisons at Amazon’ service allows customers to order a Morrisons shop online, picked at a local Morrisons store and delivered by Amazon, with the option for delivery within one hour of placing an order in places. It is already available in Leeds, Manchester, Birmingham and parts of London and will now be introduced to Glasgow, Newcastle, Liverpool, Sheffield and Portsmouth later in 2019.

Sales figures for the online retailer, which includes brands such as Nasty Gal and PrettyLittleThing, showed a marked contrast to struggling high street rivals. Online fashion company Boohoo defied a tough retail market in its first quarter after group revenue surged 39% to £254.3m.

Be on the winning side in the war on plastic

During the first episode of the BBC's War on Plastic on Monday, presenters Hugh Fearnley-Whittingstall and Anita Rani placed the "big seven" supermarkets under scrutiny over their approach to packaging.

Meanwhile independent retailers are already responding to growing local demand to take action on environmental sustainability, as the public spotlight continues to shine on plastic pollution.

Dean Holborn, owner of Holborn’s Store & South Nutfield Post Office in Surrey, said: “We’ve been selling loose fruit and veg with paper bags for about a year, which has gone down well except when the bags break!

“We’ve also launched a recycle hub for pens through the TerraCycle scheme, after a lady requested it. I was really surprised by the response.

“We’re considering introducing US-style paper carrier bags – providing the costs come down. If customers request action, we have the flexibility to respond if we can.”

Andrew Porter, Eurospar Creightons group manager, Northern Ireland, who also run a post office in their store in Finaghy said: “We sell a lot of coffee, so we placed an order for biodegradable coffee cups. We are also starting to use biodegradable packaging for our hot food and pre-packaged range.”

Read more about the War on plastic on BBC news.

Fierce competition and the introduction of increasingly sophisticated online choices for consumers continue in the retail and supermarket sectors, with the familiar name of Amazon at the forefront of many of the innovations. And Boohoo’s boost in sales is good news for Postmasters, who should continue to see increasing volumes of returns in branch as the popularity of online shopping continues.

We have to continually improve and modernise what we offer and work with partners and suppliers, so customers have easy access to our products and can start journeys online or in branch as needed.

The branches in our War on plastic piece are among a growing number tapping into the business benefits of supporting customer demand for plastic-free options. HIM research reveals that shoppers who avoid buying food products with a lot of plastic packaging are more likely to spend more in retail. The company found that such consumers were 10% more likely to have spent more than £40 on their last visit to a retailer (HIM Omnichannel Tracker August 2018).

It also revealed that awareness around the effects of plastic in general is especially prevalent among millennials, with 50% of 25- to 34-year-olds actively seeking information on plastic pollution, compared with just 19% of 55- to 64-year-olds, so joining the war on plastic could bring younger customers through the door of Post Office branches.