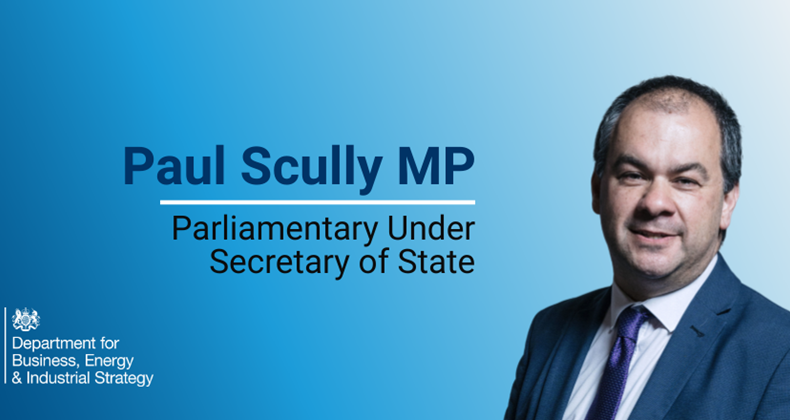 Last week saw Prime Minister Boris Johnson carry out a reshuffle of ministers in cabinet positions, two months after winning the general election. Paul Scully MP has been confirmed as the new Postal Affairs Minister and Alok Sharma MP is the new Secretary of State for Business.

Post Office is 100% publicly-owned by Government and the Secretary of State for Business, Energy and Industrial Strategy acts as our sole shareholder – different teams within that Department oversee the commercial performance of the business, and set our broad policy direction.

Paul Scully MP - Postal Affairs Minister
Paul has been appointed as the Parliamentary under Secretary of State at the Department for Business. He previously served as Deputy Chairman of the Conservative Party.

The MP for Sutton and Cheam, Paul was first elected in 2015 and prior to becoming an MP was a small business owner. He also spent time working in the office of the new Department for Business, Energy & Industrial Strategy (BEIS) Secretary of State, Alok Sharma, between 2010 and 2012.

He has spoken about the Post Office on a handful of occasions and in 2018 spoke very positively about opening a new Post Office in his constituency.

He was first elected in 2010, prior to which he qualified as a chartered accountant and worked in banking. Alok has not made many public comments about the Post Office, mostly responding to questions from MPs in his capacity as Work and Pensions Minister.