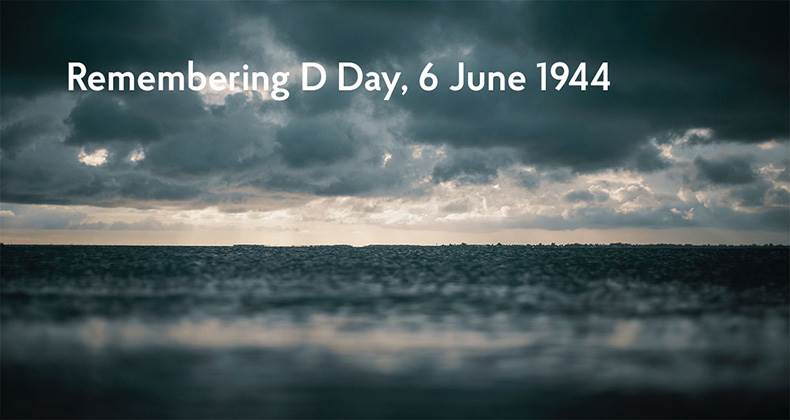 As we remember the 75th anniversary of the D Day landings this week, we salute the unique contribution to the war effort of former postmasters and postal workers and the special recognition they received from the leader of the Allied Forces.

After 75 years, D-Day remains the largest-ever combined naval, military and air operation to have taken place.

In commemoration of the D Day landings, a special set of stamps and other collectibles has been released this month by Royal Mail. This is a topic that may be of interest to many customers, from collectors, to people seeing commemorative events on the news or who have children learning about it at school.

What they may not know is the important part Post Office played in Britain’s war effort.

With more than two million soldiers from over 12 countries assembled in Britain in readiness, as well as machinery and equipment to move, the successful sharing of information (including the infamous weather report) and co-ordination of logistics to ensure everything was in the right place at the right time, relied heavily on strong communications.

The network of communications built specially for this purpose by the staff of the General Post Office and the contribution it made to the operation was recognised at the end of the war in a letter to the then Postmaster General, Captain Crookshank, from the leader of the Allied Forces (and later US President), General Eisenhower, who asked with his ‘great pleasure’ to pass on his ‘sincere appreciation’ to our former colleagues.

His letter recalls: “The build-up for the current operations has involved the construction of a vast network of communications radiating from key centers of vital importance in the United Kingdom. The greater part of this work has been undertaken by the Engineers and staff of the General Post Office”. The original letter and cherished piece of our history, is how held safely at the Postal Museum. 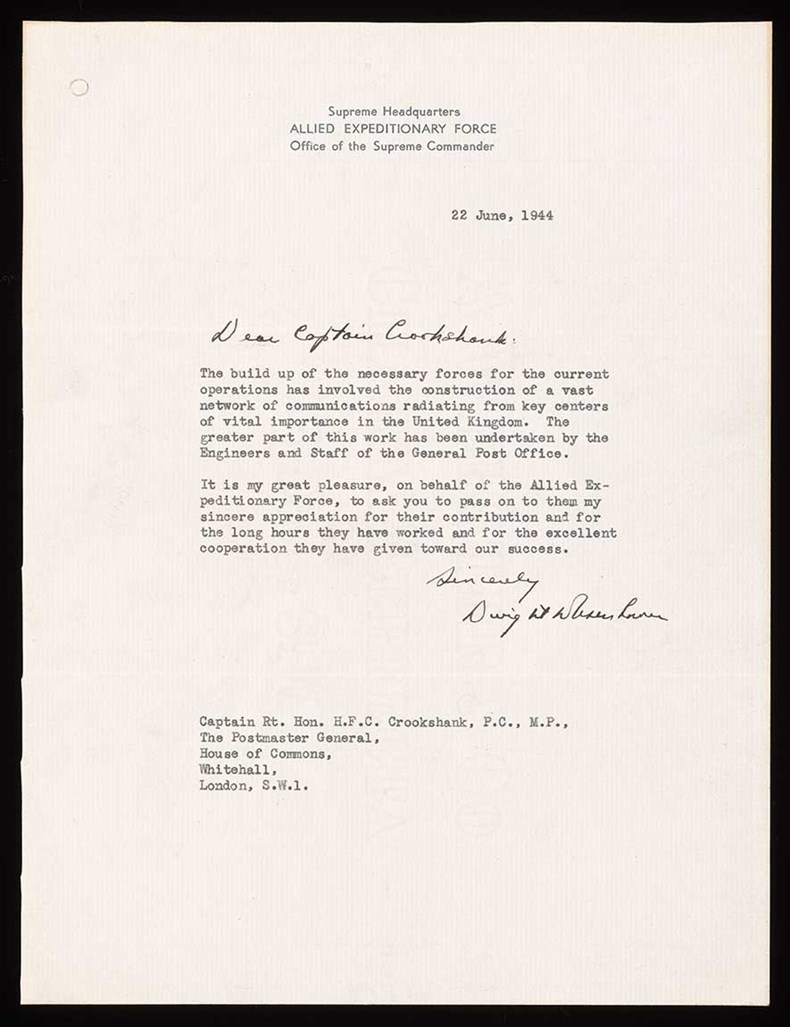 To discover more stories from our fascinating history, visit the Postal Museum’s website or in person.