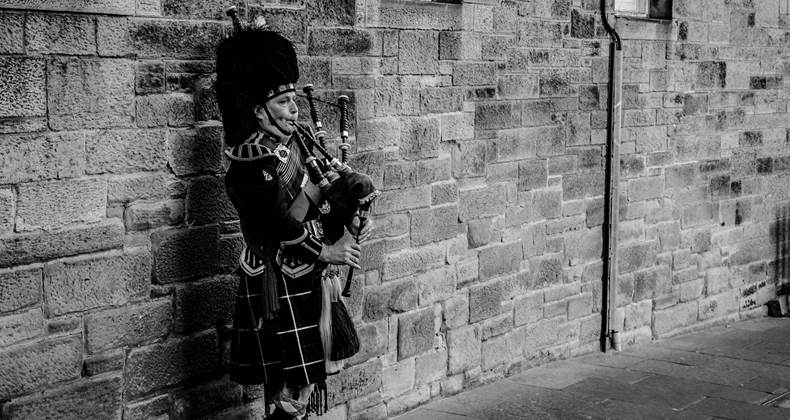 Offering another chance to reach out to communities, it’s Burns Night this week. Connect with your customers and local community by sharing these lesser known facts about Burns Night and by sharing our social media posts in the link below.

Burn’s Night is held on 25 January every year. It’s a celebration of the birth date and life of Scotland’s national poet and cultural icon, Robert Burns – affectionately known as Rabbie. Eating haggis, drinking whisky and dancing are the order of the evening – but there are some more unusual facts that might surprise you.

Here are some facts and traditions that surround the winter celebration – why not take a look and share some with your customers this Burns Night?

1. Bagpiping in the haggis

A traditional Burns supper starts with bagpipes playing Auld Lang Syne as the haggis is brought to the dinner table. Next, it’s time for a guest to recite Rabbie’s poem Address to a Haggis – to the haggis. Before anyone can tuck in, two things must happen: everyone toasts the haggis with a wee dram (whisky), and chants ‘the haggis’ as an apology for killing and eating it.

2. More haggis is sold in England than Scotland

Haggis contains sheep’s heart, liver and lungs and is traditionally bound in said sheep’s stomach.  Perhaps surprisingly given the rise of veganism, sales of haggis are soaring. Tesco sold haggis all year round in 2017 and saw sales increase by 60%. More haggis is reportedly sold in England than Scotland.

Over 10 million Scots live in America but they’re unable to eat haggis on Burns’ Night because it contains livestock lungs. Over in Canada, Irn Bru is banned for being ‘enriched with vitamins and minerals’.

Rabbie is probably best known for penning Auld Lang Syne, which is sung worldwide to ring in the New Year. But his Tam O’Shanter poem is also rumoured to have inspired another iconic song - Michael Jackson’s Thriller. Jackson loved Rabbie so much he wrote a whole album of songs around his poems.

5. Tommy Hilfiger is a relative

His youngest child, Maxwell, was born on the day of his funeral.

7. He died after having a tooth extracted

It’s thought that a blood infection following the extraction caused Rabbie’s death in 1796 at the tender age of 37.

Despite being a cultural icon, Burns died poor.

This is just another way you could engage with your local community and connect with customers. You can also get involved on social media by sharing some of January’s posts with just one click.

Burns Night not for you? It’s Australia Day on Saturday 26 January which provides the perfect opportunity to talk to any customers thinking of catching some winter sun about travel money and travel insurance. Let your online community know by sharing these posts.

Share Connect with your customers this Burns’ Night with your friends!

Share Connect with your customers this Burns’ Night by Email!