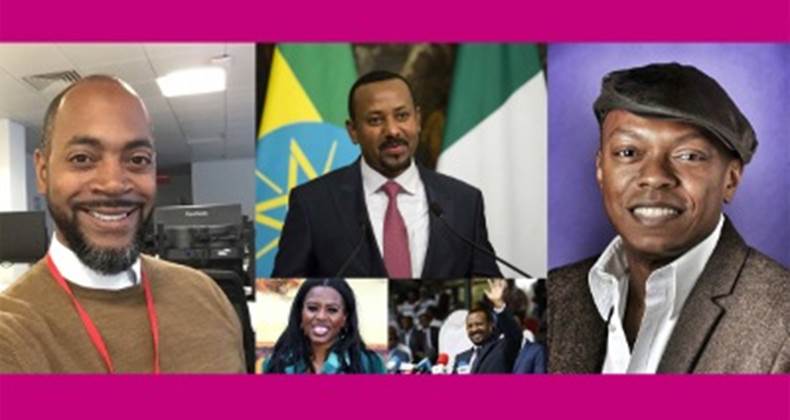 Many postmasters will be aware that October is Black History Month, marked in many areas with local exhibitions, events at schools and community hubs, as well as lots of coverage online and on social media. This annual celebration recognises the contributions by people of African and Caribbean backgrounds to the social, political, economic and cultural development of the UK over many generations.

Share Black History Month stories that have stood out to you, or events in your local area, in the comments or by email to one@postoffice.co.uk.

Post Office colleagues have been talking about the achievements of people from Afro-Caribbean heritage that have caught their eye recently. The theme, Forces for Change, is a nod to the 2019 British Vogue campaign of that name run by guest editor the Duchess of Sussex.

Here are two stories of inspirational leaders working to bring about positive change in today’s world.

1. June Sarpong, first Director of Creative Diversity for the BBC

Michael Brown, Sourcing and Supply Manager for Post Office Insurance, tells us why the appointment of June Sarpong into this newly created role stood out to him:

"I was so pleased with the BBC’s announcement early this month to appoint TV presenter and campaigner June Sarpong as the BBC's first director of creative diversity.

“Sarpong, already an MBE for her services to broadcasting and charity, has also written two books on diversity issues and has been a prominent advocate for change in the media and beyond. For me personally, the appointment of Sarpong is a positive step on behalf of the BBC in its acknowledgement for the need for change, across the wide remit now overseen by Sarpong.

“Her inclusion at senior level only enhances the chances of levelling the playing field for the next generation of diverse talent. The BBC’s on-air portrayal and programming in the future will hopefully provide the evidence the impact diversity and inclusion can have at all levels if fairly represented.”

Andrew Lewis, Head of Content for the Postoffice.co.uk website, was inspired to hear the news about the 2019 Nobel Peace Prize winner.

“It is without question that while the world remains troubled with warring factions, social and economic turmoil around issues like global warming and Brexit I was so pleased to see that the work which Abiy Ahmed has done in healing deep rifts between two neighbouring countries has been recognised by one of the highest individual honours given to people.

“The Ethiopian Prime Minister signed a historic peace deal earlier this year with Eritrea which resolves long standing disputes along the borders of the two countries ending a 20 year military dispute where many from both sides have lost their lives.

“His work will have a lasting reverberating affect and is not only a victory for the two countries in question but a signal to the continent of Africa which should lead to further negotiations for peace in other countries where conflict takes centre stage. Mr Ahmed, I salute you!”